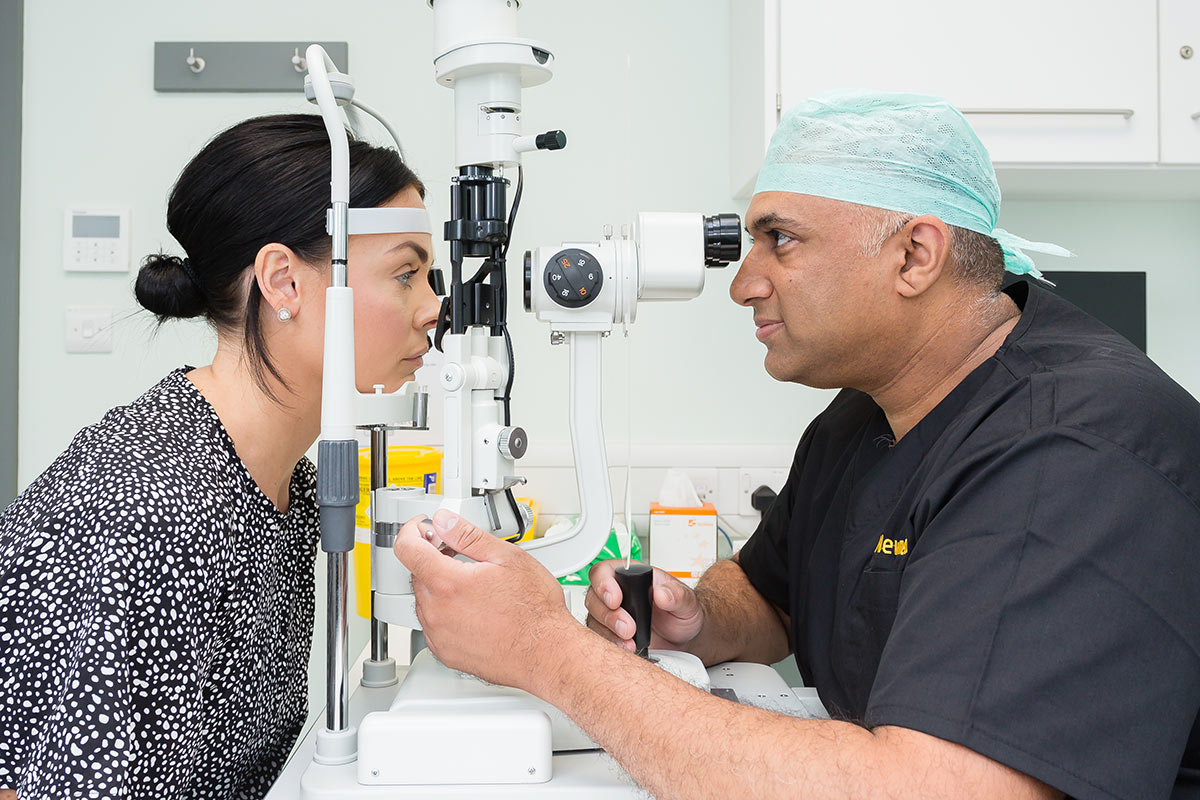 Thousands of people could be at risk of losing their sight and not even know, due to an eye disease often called ‘the silent thief of sight’.

This Glaucoma Awareness Week (28 June-4 July), charity Glaucoma UK is highlighting the fact that you are far more likely to develop the symptomless condition if a close family member has been diagnosed.

There are various types of glaucoma but by far the commonest in the UK is chronic open angle glaucoma. With all types of chronic glaucoma, the visual loss can initially be very subtle and occurs just beyond a person’s central vision, progressing slowly inwards towards their central vision and outwards into the periphery.

Most patients will not be aware of this visual loss due to the way the eyes visual fields overlap, compensating for one another. It can only be detected by an optometrist during a visual field test where a patient is shown a sequence of light spots and asked which ones they can see. Any very subtle blind spots can be an indicator of the condition.

‘People don’t usually know that glaucoma tends to run in families’ says Raj Hanspal*, a consultant ophthalmologist and clinical director at the Newmedica clinics in Ipswich and Bury St Edmunds. ‘You’re four times more likely to suffer from glaucoma if you have a close family member who has been diagnosed with the condition, which means it’s even more important that you get a regular eye test – especially as you get older or if you come from certain ethnic backgrounds, as these factors can also increase your risk. The risk is even higher for siblings - a brother or sister with glaucoma will increase your risk by up to ten times. It’s obviously important to know if you’re at higher risk, so you can act on it, so discussing it with your loved ones is a must.’

There are some simple steps that can be taken to identify glaucoma sooner to help save your sight however, and Mr Hanspal advises that the most important one is to have an eye check every two years.

He says: ‘A lot of people think having an eye test is about choosing new glasses or contact lenses, and luckily for some it is, but for a significant number having an eye test provides early detection of a number of eye conditions – like glaucoma – and also some general health conditions which people don’t always realise an optician can see by looking into their eye.’

‘We know that a lot of people have missed their eye tests over the last year due to the pandemic, and we hope that this Glaucoma Awareness Week people will take a few minutes to book a test and those with the condition will urge loved ones to visit the opticians.’

If you are diagnosed with Glaucoma and need to be referred for treatment, Newmedica has nine sites which provide glaucoma management clinics for NHS patients. Their support has been invaluable over the recent year to help alleviate pressure on the NHS during the pandemic.

Mr Hanspal says: ‘While we can do a lot to manage glaucoma and prevent it getting any worse, we cannot help you to recover sight you have already lost, which is why early diagnosis really matters.

‘By the time you notice that you have a problem performing day-to-day activities with glaucoma, the disease is often quite advanced. This means that a lot of people with glaucoma won’t be aware that they have it until it’s too late to stop them losing part of their sight’, he continued.

‘The good news is that it is possible for glaucoma to be detected early, minimising the chance of sight loss, and it’s all down to having regular routine eye tests at the opticians. If detected early, the condition can usually be relatively easily managed.’